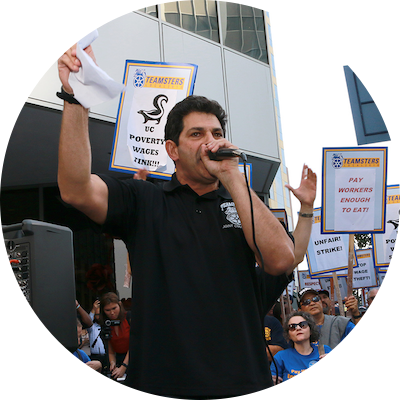 Jason Rabinowitz is the principal officer of Teamsters Local 2010, and Public Services Director for the International Brotherhood of Teamsters, with decades of experience and activism in protecting the rights of workers.

Since coming to the Local in 2013, Jason has led the charge in transforming the Union into a powerhouse for workers’ rights in California, taking us from 29 percent membership to more than 80 percent for the first time in the Local’s history. Under his leadership, we have created an effective Union Steward program, conducted powerful contract campaigns, some of which have included successful strikes, won strong contracts with guaranteed raises for our membership, and organized thousands of new members into the Teamsters. Teamsters Local 2010 represents nearly 14,000 clerical and skilled trades employees at the University of California and California State University. 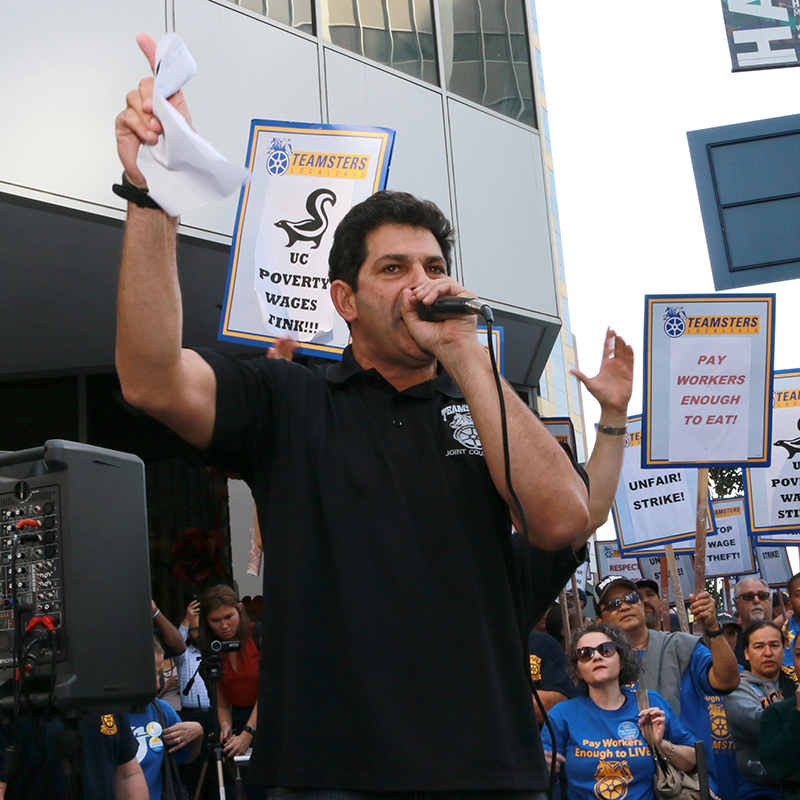